Prior to the reorganization, the Barangay Secretariat and the Barangay Affairs were the offices that primarily catered the needs of the various barangays in the City. Pursuant to Executive Order No. 5 of 1993 reorganizing the City Government Office of Davao, the main functions of the said offices were integrated and transferred to the newly created Barangay & Cultural Communities Affairs Division with a larger scope of functions and responsibilities.

The Office has two sections, namely, the Administrative and the Operation. Under the Administrative Section are the Records and Correspondence Unit, Payroll and Leave Benefits, and Property and Supply Unit. The Operation section is composed of Barangay Youth Affairs Unit, Cultural Communities Affairs Unit, and the Special Program Coordinating Unit. These sections and their respective composing units are committed to execute instruction, programs, and projects of the City’s Chief Executive.

Barangay Cultural Communities and Affairs Division (BCCAD) is envisioned as the lead division of the City Mayor’s Office to serve as pipeline to executive instruction, programs and projects of the City’s chief executive designed to promote the welfare of all the component Barangays, the Tribal Minorities and Muslim Communities/Managed by responsible leader and empowered personnel and dedicated to sustain Barangay, Tribal and Muslim Communities growth & development.

Barangay Cultural Communities and Affairs Division (BCCAD) commits to effectively and efficiently realize its vision by selflessly serving Barangay Constituents as well as Tribal and Muslim Communities congruent to the principle and plans of the City’s chief executive.

Our Goals and Objectives 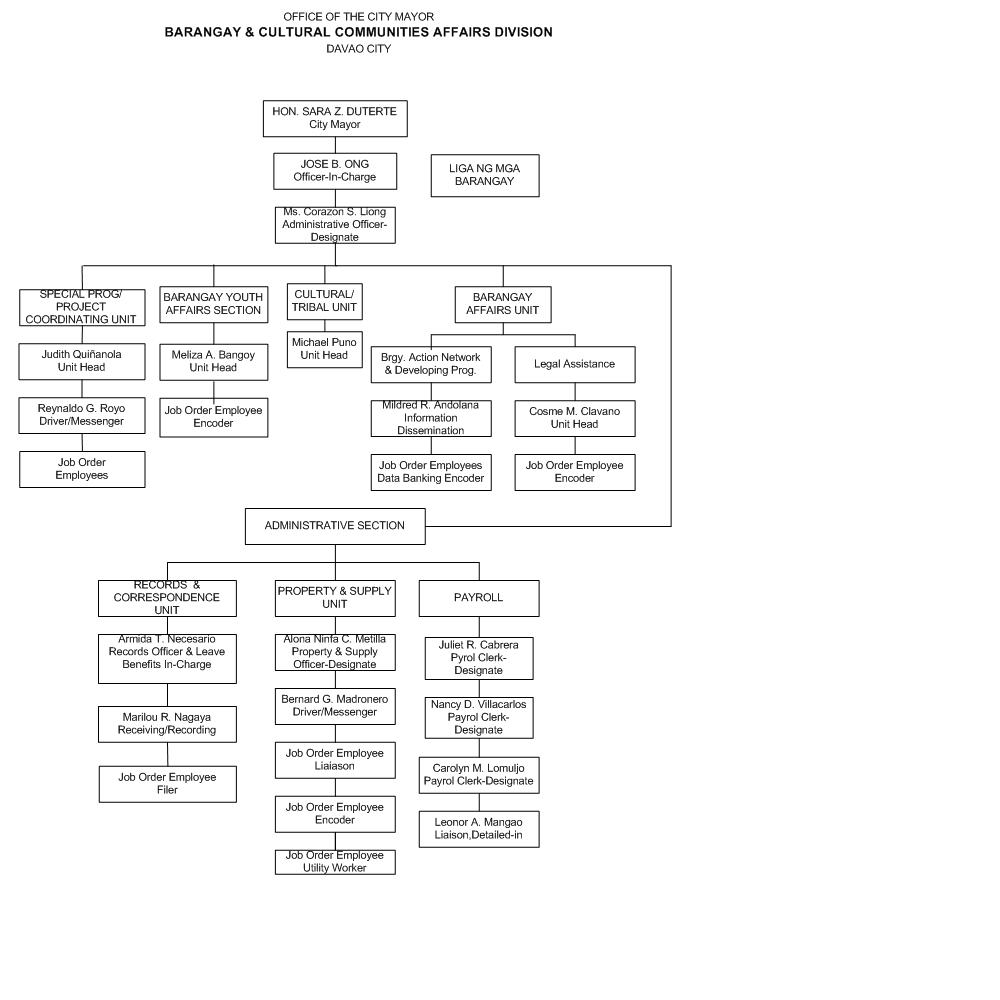